Give Hizzoner a Break!

Go Here
For Curran Interview
With WPMI on
Campaign Spending
Put Your Mouse
HERE
FOR THE SCOOP ON THE
Sam Jones
Probe
And there You Shall Find
Commentary,
Reports and
ALARMING VIDEO,
Even, Dare We Say,
SATIRE
On Case Against
Mobile's Mayor
Posted by Eddie Curran at 1:45 AM No comments:

The immense amount of scrutiny into Mobile Mayor Sam Jones campaign expenditures prompted me to present some perspective, which is to say, to show that Jones expenditures stand out only when examined alone.
Links to two, uh, unusual but I think effective videos and a story that focuses on spending by State Sen. Roger Bedford can be found here: http://www.eddiecurran.com/TheSamJonesProbe.htm


If you are only interested in the story about Bedford, go here: http://modmobilian.com/2012/06/08/eddie-curran-on-the-campaign-trail-with-roger-bedford/


If Bedford's spending form his campaign funds is legal, then there really is no such thing as illegal spending of campaign funds. If that sounds like a strong statement, then read the story.

Posted by Eddie Curran at 3:20 PM No comments:

"There was only one package of bread purchased by the campaign in 2011."

Go to EddieCurran.Com to Read Letter.

Posted by Eddie Curran at 2:08 AM No comments:

"Considering various efforts by Riley the Governor for
at least some of  these  lobbying clients, it naturally
would be interesting to see how much  if anything  they
paid him so soon after he left the governor's office."

If former Alabama Governor Bob Riley ever gets around to
filing his past-due ethics forms, his  reports will likely include
payments from an Orange Beach condo developer.

(Note: This occasional blogger, when he blogs, does it for free, as in, as a charitable undertaking. However, you can help him feed his children by going Here or Over Here.)

Posted by Eddie Curran at 1:21 AM No comments:

Take this Quiz, Mr. Will!

A Letter to George Will 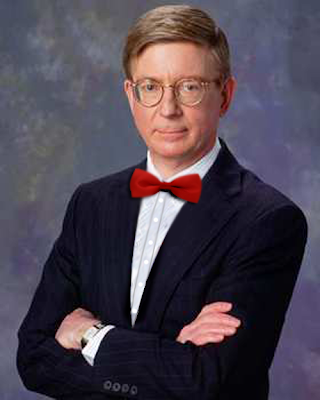 
Yesterday the Washington Post published a column about the Siegelman case from, of all people, George Will. He is widely syndicated, and the column was assuredly in papers throughout the country. Here is a link to the column:
http://www.washingtonpost.com/opinions/is-it-bribery-or-just-politics/2012/02/09/gIQA4hy34Q_story.html


It began:
All elected officials, and those who help finance elections in the expectation that certain promises will be kept — and everyone who cares about the rule of law — should hope the Supreme Court agrees to hear Don Siegelman’s appeal of his conviction. Until the court clarifies what constitutes quid pro quo political corruption, Americans engage in politics at their peril because prosecutors have dangerous discretion to criminalize politics.
Upon completion, I immediately summoned Sancho for another frontal assault on the national media windmill that, to date, has survived intact, wholly unharmed from my offensives.
The following letter was hastily written and sent to the e-mail address provided at the end of Will's column. First, though, allow me to make note of Will's early use of the phrase, "Rule of Law." That one never fails to set my bullshit detector pulsating  bright red. What it really means is,  "The Rule of Law, as I see it, and as it supports my particular ideology, is...."
But that's tangential. Here's the letter George Will is unlikely to see, much less read:


From : Eddie Curran
Mobile, AL
Phone: 251-454-1911
Author: “The Governor of Goat Hill: Don Siegelman, the Reporter Who Exposed His Crimes, and the Hoax that Suckered Some of the Top Names in Journalism.”
E-mail: eddcurran@aol.com
Web-site for book: http://www.eddiecurran.com/home.html
Dear Mr. Will,
As a former reporter – in fact, the one who did the stories on the Siegelman/Scrushy donations – I realize there are times when someone approaches a journalist with a set of facts that support a storyline, and makes a sale, so to speak. I suspect that happened here. I don’t believe there is any way that you could both have a grasp of the bizarre nature of the $500,000 “campaign contributions” in this part of the Siegelman case and then characterize the case as you did.
My guess is that you did not even trouble yourself to read the 11th Circuit’s opinion upholding the bribery elements of the Siegelman case.
If you are unable to answer the following questions, it means that you are too unfamiliar with the case to be qualified to offer the opinion you offered.
1. Were the two $250,000 “campaign contributions” publicly disclosed in a timely fashion, as is required of campaign contributions? If not, when were they disclosed, and why?
2. Were the “contributions” disclosed on the “Lottery Foundation’s” public tax returns, called 990s? If not in a timely fashion, why not? (For that matter, did the Foundation file and make available its 990s?)
3. Was there testimony at trial that made the case for an explicit deal between Siegelman and Scrushy?
4. Can you characterize any of that testimony?
5. Can you identify the name on the check – the donor -- of the first $250,000, or provide any of the circumstances surrounding that check? For example, are you familiar with the pivotal role played in getting that money to HealthSouth, and from there to Siegelman, by New York-based investment bankers with UBS Warburg?
6. Can you identify the person who testified: “He said that, you, meaning me, was ‘going to be fucked’ if I don’t figure out a way to make the donation?” Do you know who the person is who said that (to the person who gave the testimony), and can you describe the context in which it was said?
7. Are you aware that a Maryland healthcare company gave the first $250,000? Do you know why?
8. Do you believe, as apparently does the NY Times and “60 Minutes,” that Karl Rove in some fashion directed the Justice Department to prosecute Siegelman?
9. Was Siegelman a former attorney general, and a member of the group of former attorneys generals who lobbied heavily for support of that group? How many were Republicans? Do you think this was part of a public relations effort? How many of those signees do you think could answer any of the questions in the quiz above, which is only scratching the surface.
10. Did Siegelman or Scrushy testify at trial?
11. Do you believe it should be legal for a public official to link public action on his part to financial acts by another party, whether as outright gifts of money, campaign contributions, or such as the matter in this case (an animal all its own, really, that being one reason why this case hardly seems a good fit for the Supreme Court to address the matter.)
Siegelman, incidentally, also has another charge outstanding against him that has nothing to do with the Scrushy matter. Many of the worst things he did were not included in the prosecution, but that’s another matter. I feel sure you know some people involved in Republican politics in Alabama. You might ask them what they think of Siegelman, and not, was he liberal or conservative, but corrupt, to say nothing of someone who routinely threatened donors with retribution should they not give.
I doubt you have seen any of this, but I figured it wouldn’t hurt to try.
Sincerely,
Eddie Curran
Posted by Eddie Curran at 12:57 PM 1 comment:

Scrushy, right, in a picture taken, at the earliest, AFTER discovering that the feds were investigating his role in the gargantuan accounting fraud that resulted in losses  counted in the billions of dollars by HealthSouth investors. Some  believe Scrushy's very public move to evangelical Christianity, and his focus on black congregations, was a ploy to win over jurors in the criminal trial in Birmingham. Thoughts such as these are characteristic of a type of person known as a "cynic."

Posted by Eddie Curran at 1:03 AM No comments:

The above is from the final page of the order issued Wednesday
by Montgomery-based U.S. Magistrate Charles Coody

For information and contacts to my new business, Curran Research Services LLC, go to: http://www.eddiecurran.com/CurranResearchServices.htm

Go to EddieCurran.Com -- for five chapters that were removed from, "The Governor of Goat Hill;" as well as some other portions that didn't make the book. Among those is a section describing scandals I reported on during the administration of Fob James. I think readers of the book, as well as those who like to read about journalism and Alabama politics, will enjoy them. I believe the new material, like the book, provides a valuable contribution to this chapter of Alabama political history.

Eddie Curran
Mobile, Alabama, United States
I'm a former reporter with the Mobile Press-Register. I have published a book on former Alabama Gov. Don Siegelman called, "The Governor of Goat Hill." To learn more about the book, and to purchase signed copies, including through Pay Pal, go to EddieCurran.Com.